WEBINAR: Please join us for this presentation on July 14th @ 1:00pm ET 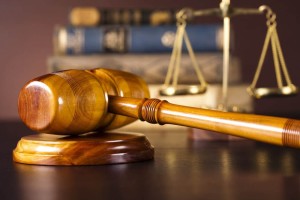 In 2015, the Second Circuit Court of Appeals issued significant decisions in regards to the legal ramifications of unpaid internships. In the cases brought before the court, the plaintiffs – unpaid interns – alleged that they should have been classified as employees and paid for their time. As a result, they brought claims for, among other things, unpaid wages on a class-wide basis.

On appeal in both cases, the Second Circuit adopted a balancing standard called the “primary beneficiary test” and held that district courts should use this test when analyzing whether an individual should have been classified as an intern or an employee.

So what does this mean for you, the students you hire and your organization?

Join us for this exclusive presentation to learn:

RACHEL BIEN, a Partner at Outten & Golden LLP in New York and a Co-Chair of its Class & Collective Action Practice Group, represents employees in class action wage and hour and discrimination cases. She is also a member of the firm’s Public Interest Committee.

In addition to wage and hour cases, Rachel has also represented workers in discrimination class actions, including female grocery store workers steered into dead-end jobs without opportunities for promotion and African American and Latino workers denied jobs because of their criminal histories.

Bar/Professional Activity – Ms. Bien is an active member of the ABA Section on Labor and Employment Law, where she is a Track Coordinator for the 6th Annual CLE Conference and serves on the Section’s Outreach to Law Students Committee, as well as the ABA’s Equal Employment Opportunity Committee.  She is a member of the bar of New York.

Intern Bridge, Inc. is a leading college recruiting consulting and research firm responsible for the largest internship-specific surveys in the country. Intern Bridge works hard to close the gap between employers and students by developing resources for employers and universities, delivering seminars, workshops, and webinars, and publishing management books and other best practices materials.